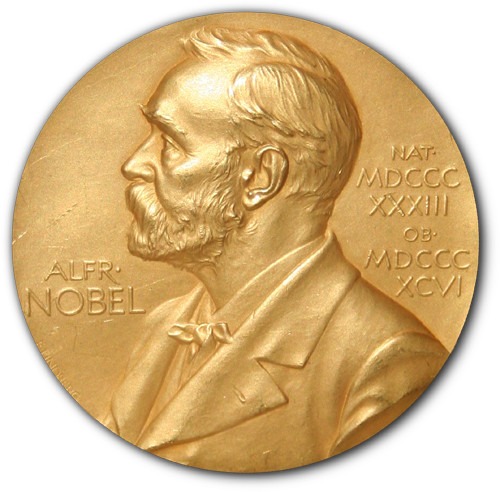 All of these people belong to highest ranks of their respective fields. All had won Nobel Prize, the best and most prestigious award on earth. But at a certain phase of their life all of them had to leave their studies. Some for poverty, some for lack of interest. Some managed to continue later, some couldn’t. But with patience, merit and hard work, one day each of them snatched the greatest honor one can ever expect. Lets have a look on these great achievers .. 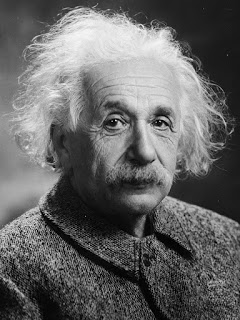 Considered by many as the greatest scientist of all time, Albert Einstein was born in 14 March 1879 in Munich, Germany. Einstein’s childhood was quite fade. His teachers could hardly found any potentiality in him. Einstein’s father was an engineer. As he used to remain busy in own course, Einstein spent most of his childhood family times with his mother. As Einstein was not an intelligent kid at that time, it took seven years for him to learn reading and writing properly. Moreover he had stammering problem. These made him neglected to classmates and teachers. Einstein’s favorite subjects were math and science and later got interest in philosophy too. At the age of 15, he left school. However, for his excellence in mathematics, he got chance to study in Switzerland. Einstein was graduated when he was only 17. He find a job in Bern and along with it he used to research on Physics. Soon one by one his inventions and theories made him renown, then famous and one day great. ‘The Theory of Relativity’ was his most groundbreaking discovery. Albert Einstein won Nobel Prize in 1921 in Physics. 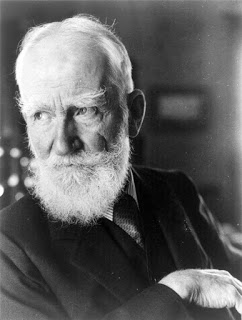 ‘School is a jail and teachers are the jailers’ – It was the view of Legendary author George Bernard Shaw. The Nobel and Oscar winner writer was born in Dublin, Ireland on 26 July 1856. He studied in four different schools from 1865 to 1871, but couldn’t settle in any. Dublin’s Scientific and Commercial Day School was the last educational institute of his life. At the age of 15 Shaw started doing petty jobs for living. He left that too to concentrated fully on writing when he was 20. Later Shaw was attracted to socialism and joined Fabian Society. His range of writing was wide. Education, marriage, religion, politics, health care, labor rights, culture everything he used as his subjects. Apart from literature, he showed his skill as play writer too. He is the only person in history to win both Nobel in Literature (1925) and Academy Award (1938). 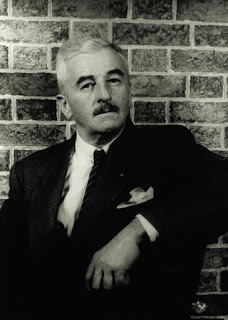 One of the most successful author in the history of American litterateur. Born in a middle class family of New Albany. Within a year of Faulkner’s birth, his family moved to Mississippi. Faulkner’s family started living permanently in Oxford when he was five years old. He grew up there and completed his school. Faulkner dropped out from college at his second year. Later enrolled in Mississippi University, but failed to complete that too. To run the life, William Faulkner had to become from boat sailor to painter and many more roles. But his writing career also started at that time through novelist Sherwood Anderson. During the First World War, Faulkner joined first in Canadian, later in British Air Force. Describing old incidents through other’s narration is the unique style of Faulkner’s writing. He was equally comfortable in every category of literature, from story to poem, novel to script. From 1919 Faulkner’s writings started to publish publicly. After three decades, he won the Nobel Prize in 1949. 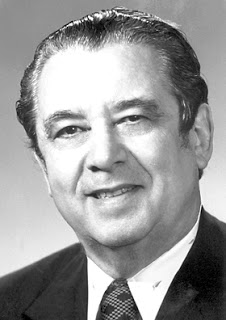 Nobel Prize winner in Chemistry. Full name Herbert Charles Brown. Born in London, 22 May 1912. His father was a store manager. While studying in Chicago’s Crane Junior School, Herbert lost his father. That made him to leave his studies and join business. But within months he understood business is not his ‘business’. Herbert returned to his studies, choose Chemistry as subject. Unfortunately the college suddenly shut down. Later Brown took admission in University of Chicago. He completed B.Sc in 1936 and Ph.D in 1938. After a year Brown joined the same university as professor. He also worked in Owen University and Purdue University. He became the honorary member of International Academic of Science. In 1979 Herbert Brown won the Nobel Prize in Chemistry. 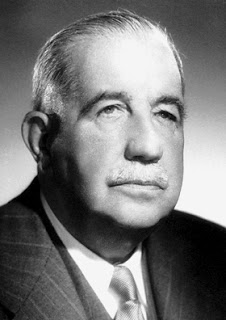 This pacifist legend was born on 1 July 1879 in a poor French family. Spent his childhood in Pantin, Paris. Jouhaux couldn’t study far, dropped out at the age of 16. Started working with his father in match lighter factory. In between he served in military for few days, but later returned to the factory. Through time Jouhaux became involved in labor union politics. He was arrested in 1941 and kept behind bars for 25 months. Jouhaux led the European labor movement in 1949. For organizing and leading the movement in peaceful, non-violent manner, Leon Jouhaux was awarded Nobel Peace Prize in 1951. 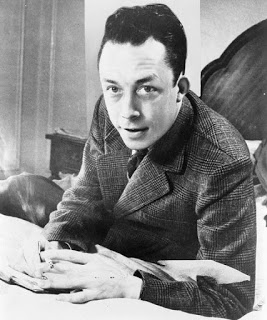 Albert Camus was a man of many identities. Philosopher, Writer, Journalist and many more. Won Nobel Prize in Literature, Camus too was a dropout. Born in Algiers on 7 November 1913, Albert Camus was the son of a poor farmer father and nursemaid mother. Camus ‘s  father was killed just before the First World War started. Entire family left their home for safety. Camus was a meritorious student, got scholarship in school. But due to tuberculosis, he had to leave school when he was 17. But Camus didn’t stop studying. He got admission in Algiers University, subject philosophy. As part time jobs, he worked as private tutor, auto parts seller, weather institute assistant etc. He also has an affection towards theatre. In later years Camus earned fame as journalist and author. In 1957 at the age of 44 Albert Camus won Nobel Prize in literature. 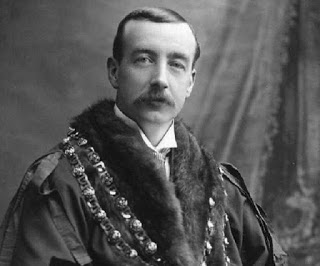 Born in Glassgow, Scotland on 13 September 1863, Nobel Peace Prize Laureate Arthur Henderson Couldn’t finish his school despite twice attempts. At the age of 12 Henderson started working in a vehicle repairing shop. After five years he shifted to Southampton. Workshop, classroom and newspapers were his everything in life. Within years Henderson became a notable intellectual. In 1884 he left his job and became a priest. During 1892 Henderson joined British politics and in 1906 he formed Liberal Party. He was it’s general secretary for 23 years. Henderson was appointed foreign secretary in 1929. For promoting peace, Arthur Henderson was awarded Nobel Prize in 1934. 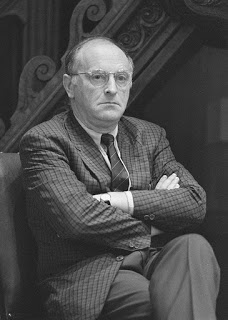 One of the most eminent American authors. Born in a rabbinic family on 24 May 1940. Grew up in Leningrad, Soviet Union. To study in School of Submariners, Brodsky left his regular school when he was 15. But failed to success. Since then he never engaged with any other formal education. Brodsky then started working as machine operator, later took job in hospitals. This gave him a opportunity to travel various regions by hospital ships and to learn English and Polish language. Brodsky started to write poem at the age of 18. After becoming close to famous Russian poet Anna Akhmatova, he emerged as a notable litterateur. For his view for freedom of speech, Joseph Brodsky was expelled from Russia in 1972. He went to United States and with the help of American poet W. H. Auden, he managed to get US citizenship. Brodsky won Nobel Prize in Literature in 1987. 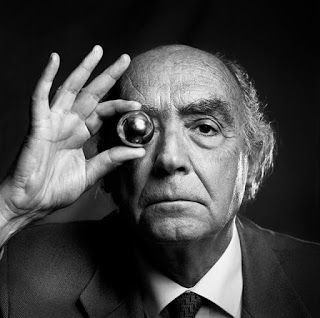 Eminent Portuguese writer. A life full of fame, achievements and equally criticisms. Born in rural Portugal on 16 November 1922. Saramago dropped out from school for his family’s poor economic conditions. Later took training on auto repairing, became an translator, worked as journalist. He came to limelight after his novel ‘Baltasar and Blimunda’ was published. In 1969 Saramago joined communist party and declared himself as atheist. He was a strong critic of catholic church, European Union and International Monetary Fund. For his contribution in literature, Jose Saramago received Nobel Prize in 1998. Saramago went to self-exile in Lanzarote Island in protest of political and government interference in literature. 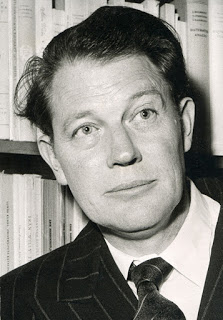 One of the brightest stars of Swedish literature. Born in Jamshog, Sweden in 1904. Martinson lost both his father and mother at a very early age. Grew up and studied in a rural orphanage. However study was not his cup of tea. He fled from the orphanage and took jobs in merchant ships. He gathered various experiences and learnt many things during his overseas trips which later helped him in his writings. But due to lungs problem, Martinson had to stop his journeys and settle in Sweden. Core of Harry Martinson’s literature works was nature. Martinson won Nobel Prize in 1974.

Remembering Titanic, The Most Celebrated Ship In History