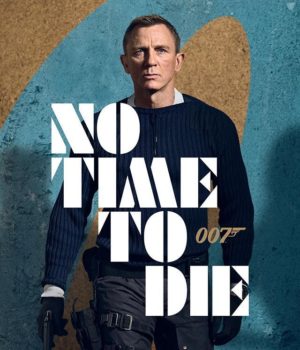 The first trailer of the brand new James Bond movie ‘No Time To Die’ has been released. Taste of fresh adventures of the best British Secret Service agent James Bond, codenamed 007, is out now.

Following the success of his appearance as 007 in previous four movies, Daniel Craig is continuing his fifth Bond edition, but for the last time. 51 years old Craig had previously announced his retirement from the iconic British agent’s character.

Rami Malek, a known face from Hollywood, is portraying the main antagonist character in ‘No Time To Die’.

Like a bonus, in this film Bond fans will get a first female secret service agent, who is also a 00 code number holder and like Bond, has the superpower of ‘license to kill’.

‘No Time To Die’ is going to be 25th James Bond film under Eon Production. If the two more non-Eon Bond movies are counted, then it’s the 27th edition by now.

‘No Time To Die’ is so far projected to be released in April 2020. However causes like Daniel Craig’s ankle injury to changing the director may disrupt the initial schedule and delay the release.

Academy Award winning director Danny Boyle was initially supposed to be in the driving seat for ‘No Time To Die’. However in August Boyle left the project due to ‘creative differences’. American director Cary Joji Fukunaga later replaced him.

Check Out The Trailer :

Five Noticeable Facts From The Trailer :

1   Rami Malik is directly seen through his face only for around 2 seconds in the trailer. However he appears a few more times behind a white ‘noh’ mask.

2   Deadly stunts can be called as the heart of James Bond thriller. It’s not an exception for ‘No Time To Die’ too. In the trailer Daniel Craig is seen jumping from a very high bridge to save himself from armed thugs. Don’t worry, Bond grabbed a thick cable from the railing of the bridge while falling.

3   The biggest surprise for the new James Bond movie is undoubtedly the including of a female agent with equal service status to James Bond. So far ‘important’ female presence in James Bond franchise were limited among Bond girls, Miss Moneypenny or sometimes a lady assistant to the villain. This time an entire female secret service agent has been assigned to work with Bond. She is a member of the highest team of MI6 secret agents, who get the special service code numbers starting with 00.

5   Speculations have grown over Rami Malek’s character whether it is the revival of the very first Bond villain Dr. Julius No from first Bond film ‘Dr. No’ (1962). That’s because Rami Malek’s hands weren’t directly visible neither in poster nor in the trailer of ‘No Time To Die’. Dr. Julius No lost his hands in an attack by opponents and used to operate with artificial hands which were black by color, coincidentally identical to Rami Malek’s gloves (or artificial hands) seen in the trailer