The international organization for global citizenship and accommodation ‘Henley & Partners’ generates an index of world’s most powerful passports in every 3 months. Based on a specific criteria, the list features almost every country around the globe.

So What’s That Criteria?

Many countries in the world offer visa-free travel opportunity for some specific countries. And some countries offer on-arrival visa access to some countries, which means tourists don’t need to run for those countries’ visas before boarding on plane. They are provided that visa once reaching the destination country.

Now, on the basis of countries getting visa-free or on-arrival visa access from highest number of countries, this quarterly index list is being generated.

In the newly revised list of this quarter, Japan and Singapore has topped the table jointly. World’s 189 countries offer visa-free or on-arrival visa access to these two countries. South Korea, Germany and Finland are holding the second position as 187 countries provide those special visa opportunitys to the citizen’s of these three countries.

Notably, three of the five countries holding the top two spots are happened to be from Asia (Japan, Singapore and South Korea).

France, Spain and Sweden are in third place. Tourists from these three European countries get visa-less or on-arrival visa opportunity from 185 countries.

United States and United Kingdom became joint ‘number one’ in a 2014 list. This time too they are ‘united’, but in sixth position. After 2010, this is the worst placement for these two English speaking countries.

Another ‘United’, the United Arab Emirates now for the first time got included in top 20 list of the powerful passports. Notably the number of countries offering UAE nationalities special visa facilities has been doubled just in five years.

So these were the names of the toppers. How about the nations in the bottom?

In the list of world’s most powerful passports, Afghanistan has been put in the last position. Only 25 countries in the world are ready to give visa-free or on-arrival visa access to the people of Afghanistan.

Iraq and Syria, the two neighbors suffered by the same ISIS in recent years are holding positions just behind Afghanistan.

The chairman of ‘Henley & Partners’ and the initial brain of the powerful passports index list Dr. Christian H Kaelin commented that the trends seen in the recent lists are suggesting that the countries around the world are now more open in terms of letting other countries’ citizens to visit their land. More countries are now offering visit without visa or visa after arrival opportunities to more countries than previous years.

Check the top and bottom countries in the list. 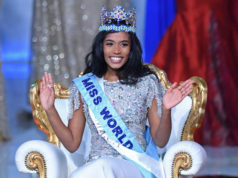